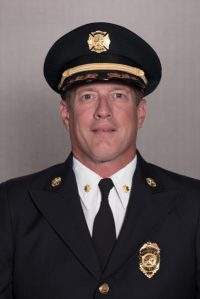 On September 1st Major Todd Newman retired after serving the community of Fern Creek for 37 years. Major Newman joined the department in 1983 and promoted through the ranks, ultimately becoming a Major of Health & Safety. Todd also served as a member of our Board of Trustees for 20 years. During his time at FCFD he redefined the term fire family. He served along side his brothers and nephew. His daughters were also very involved in the department helping with events such as the crusade. He also helped to mentor countless firefighters over his 37 years. He was never afraid to pass on the knowledge that he learned. In his last years with the department Major Newman worked with other firefighters to help establish our cancer policy, which is considered one of the most aggressive in the state. No amount a gratitude will able be enough to truly thank Major Newman for all that he has brought to our department and community.